Dear visitor, you have landed on the international site of ulrich medical. We kindly ask US visitors to refer to the dedicated site for the United States: www.ulrichmedicalusa.com.

Milestones in the company’s history

1912
The company was founded in Ulm, Germany in 1912 by Heinrich C. Ulrich. From the start, the focus was on the manufacture and sales of surgical instruments. An orthopedic and surgical workshop was attached to the company.

1914
The first ulrich instrument, the Möltgen-style goniometer, was introduced to the market.

1925
The founder’s son Max Ulrich joined the family company in 1925. As his father’s successor, he expanded the company.

1958
Our first high-pressure injector according to Hettler was launched. It had a pneumatic drive and was suitable for all angiographic examinations.

1967
In 1967 Heinrich Ulrich joined the company and started with the worldwide sales of the products.

1975
In 1975 a production plant was opened in Blaustein-Herrlingen near Ulm.

1978
In addition to the development and manufacture of surgical instruments, the company began producing spinal implants and instrumentation in 1978.

1985
The first injector for computer tomography was developed.

2000
In 2000, the company was restructured. The medical and health care supply division as well as the rehabilitation technology and physicians’ and assistants’ supply divisions were sold. ulrich GmbH & Co. KG focused on the sale of medical technological devices developed and manufactured in-house.

2005
Since August 2005, the trademark was changed from ulrich Medizintechnik into ulrich medical. The legal form of the ulrich GmbH & Co. KG remains unchanged. The company’s renaming underscored its international orientation.

2006
In order to further enhance the success of the business, ulrich medical founded the subsidiary ulrich medical USA in 2006; it is located in St. Louis, Missouri.

ulrich medical sets its course for expansion and enlarges its plant in Ulm. With the completion of the new buildings for production and offices all corporate divisions benefit from the short routes and the contemporary, communicative architecture.

2009
Senior Partner Heinrich Ulrich hands over the management of the company to his son Christoph Ulrich. With the 4th generation now in top management, Christoph Ulrich, acting as managing partner and shareholder, will share the duties and responsibilities with CEO Klaus Kiesel. Thus, as an independent family-owned enterprise, ulrich medical ensures that it will stay the innovative and consistent partner for customers, suppliers and employees for many years to come.

2012
ulrich medical celebrates its 100th anniversary. The slogan “Faszination Medizintechnik“ symbolizes the close ties to medical technology and innovative strength which formed the solid foundation for the company’s present standing and its consistent development.

2016
A modern distribution centre creates more capacities for the increased demand for our products from all over the world.

2017
In order to drive its international growth forward, ulrich medical has established a dedicated sales company, ulrich medical France SAS in Toulouse. From this site, the contrast media injectors are now sold directly to the customers in the French market.

2020
In France, we expanded the product portfolio to include our spinal systems. These are now also marketed directly by our subsidiary.

We will be happy to advise you on your technical questions by phone or e-mail.

Do you want to know more about: 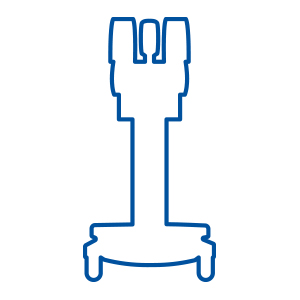 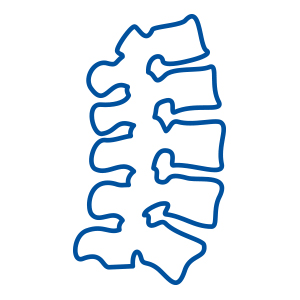